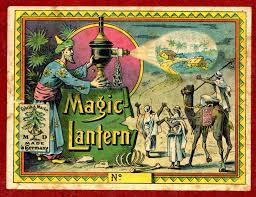 January has been ROUGH here in NYC- so cold, dark, stiff and dreary. I have been spending some lonely hours in my shop excavating my shelves. I have found some really neat stuff that I had squirreled away because it was too unusual and interesting to sell without some additional research. I'll be posting some of it over the next month or two in an effort to bring it to light…and to entertain myself and brighten these winter days. 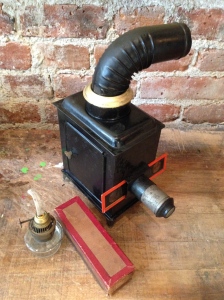 First up: The entrancing magic lantern. Magic Lanterns were a kind of simple projector- precursors to moving image projectors that ran reels of film, but working on the same principle. Early lanterns (dating all the way back to the 16th Century) were, of course, not electrified, but rather used an oil or kerosene lamp for illumination. A couple examples of small lanterns for home use are seen above. The last two photos are of the lantern that I have.

Very large and elaborate lanterns were used in theatres to project shows. See the example of a moving show below.

Lantern slides are positive images on glass that were intended to be projected for viewing. These slides came into wide use in the United States after the 1860’s. During the 1890’s, magic lanterns were in high fashion as an extension of photography. Lantern slide shows, or the magic lantern, became popular home entertainment and served as an accompaniment to speakers on the lecture circuit, as a teaching aide in classrooms, and in movie theaters for advertising and coming attractions. 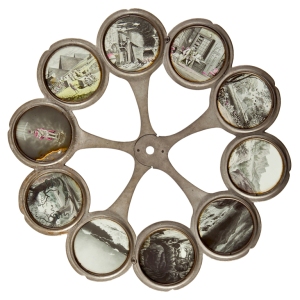 There are a couple of theatre companies and museums (easily found online) operating today that perform magic lantern shows. I have not seen one myself, but it is definitely on my wish list. Below are some scans of magic lantern slides that I have in my collection. I have a few complete sets that fit in my lantern- probably intended for children- and a smattering of beautiful larger and wooden framed slides. They are very decorative on their own…to just admire their beautiful gem-like hand-painting. A crafty person could also turn them into a fascinating night light or light box. 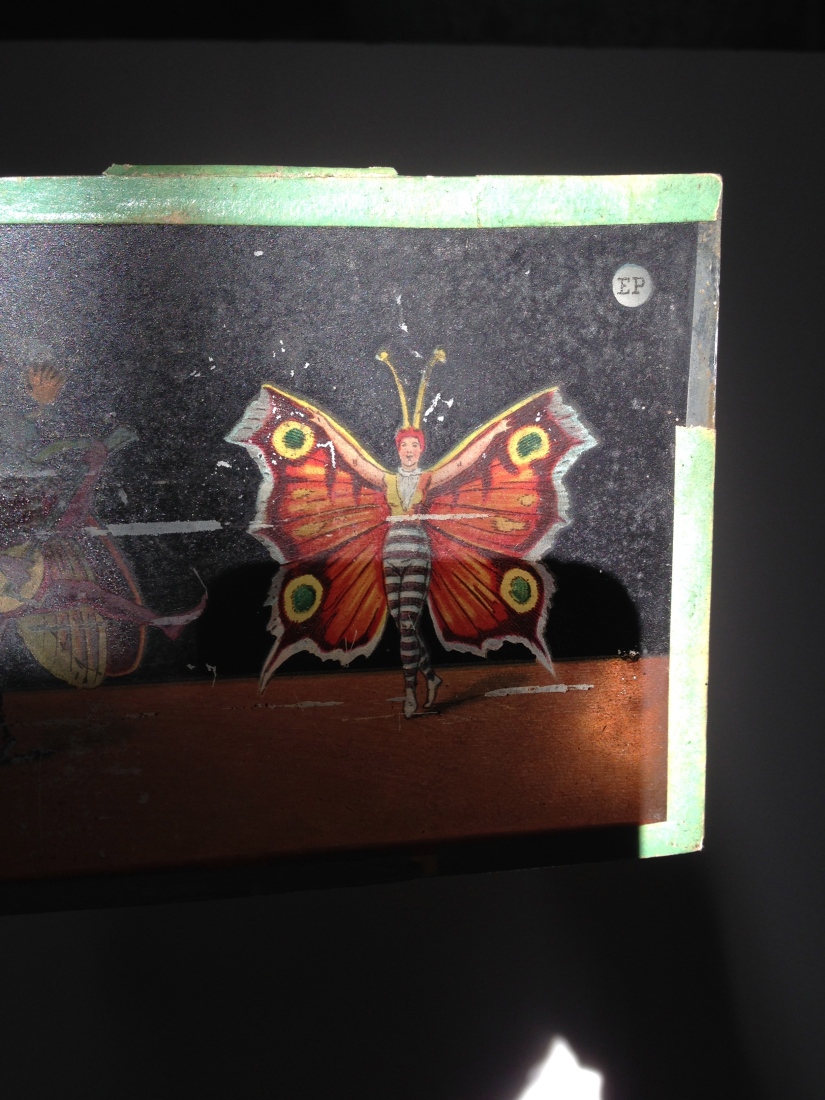 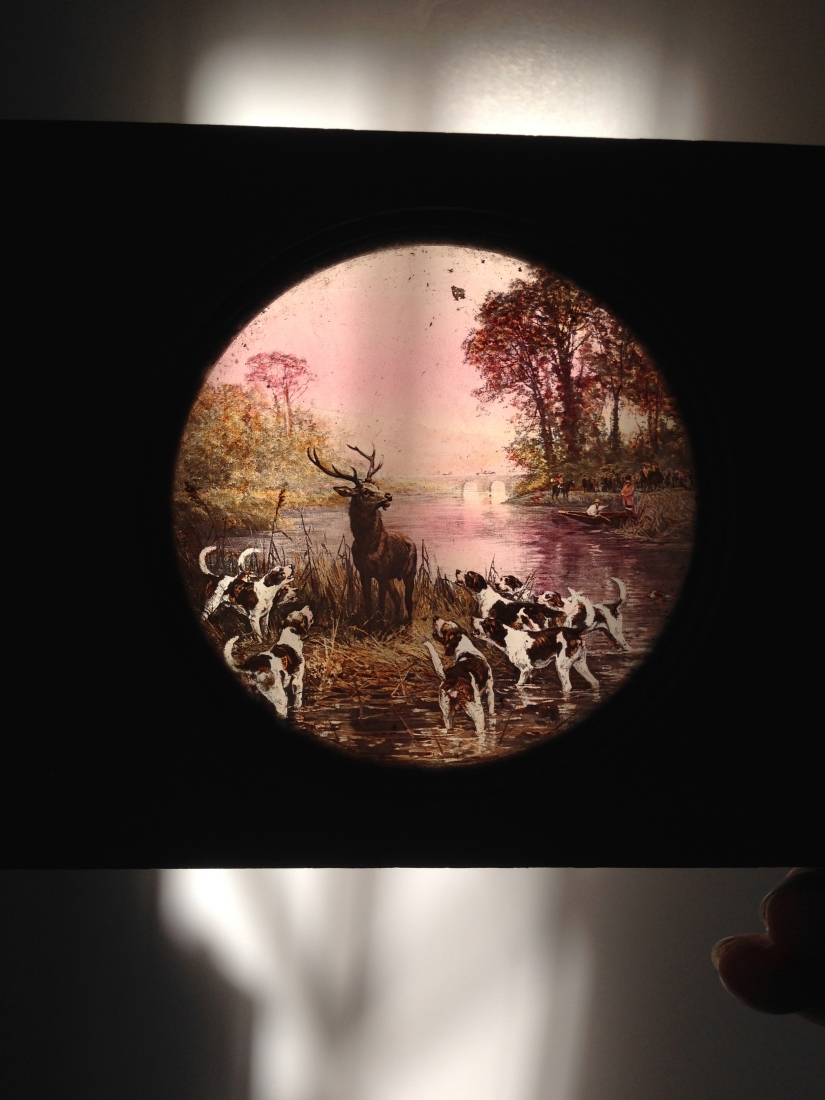